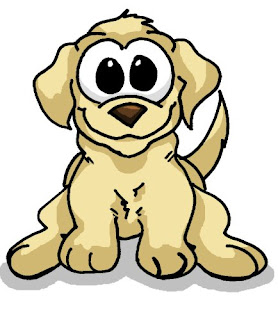 My son became a puppy the other day.

Yes, out of nowhere, my son went from standing on two feet as a human being to standing on all fours, barking his head off like a little puppy dog.

I’m not sure why this happened. It’s not like my son was at a pet store or near any dogs. He wasn’t watching “101 Dalmatians” or any other movie or TV program featuring dogs.

Nope, just a random morph from human to canine in the blink of an eye.

I have to admit that I was somewhat amused, even though I’m not really a big fan of pets -- especially dogs and cats. Now, don’t get me wrong. I love animals. I’m just not hardwired to be a pet owner. I don’t like fur all over my furniture and all over my clothes. I don’t like to find surprises on the floor. And I don’t like doggy bowl/litter box stations that take up the valuable real estate in my small house.

But my son as a little pup wasn’t that bad. He doesn’t make any of those messes related to real pets, I thought.

So I played along with my son/puppy for a while. I pet him on the belly. I asked him to sit and play dead. I even found some animal crackers in the kitchen pantry and used them as dog treats to teach the puppy how to roll over.

Then my son romped down the hall and stomped all over his room. He smashed up his toys, his bookshelf and his bed -- just like a real dog would do.

“Okay, I think that’s about enough of the puppy thing,” I said. “Let’s become human again and clean up this room.”

Enter the wife. She was out at the store. Without knowing the scene involving her son as a pup, she announced while coming down the hallway that she had a surprise for him.

“I have a surprise for anyone who was a good boy today,” my wife said. Then she froze at the sight of the messy room. “Who made this mess?”

“Well, our new puppy better clean up this mess if he wants a surprise,” my wife said.

“Then you better clean up the mess, puppy,” my wife said.

“And puppies don’t get surprises,” my wife said as she revealed a toy fire engine.

The puppy instantly became human at the sight of the toy and cleaned up his room faster than he made the mess. Then he was back on all fours and begging for the fire engine with his tongue out.

My wife handed over the fire engine. And the puppy was happy.

That evening, the puppy had trouble eating dinner. He wanted his food and water in bowls on the floor -- set up like one of
those doggy bowl stations I hate.

“No doggy bowl station,” I said. We battled for a bit, then my wife and I did what parents do best; we offered the child just two options, both of which satisfied the parents.

“Eat dinner at the table,” the puppy replied, feeling victorious since he alone made the choice. “Ruff, ruff.”

By bedtime, my son was beating a dead horse into the ground with his puppy routine.

“Aren’t you sick of being a puppy?” I asked my son.

The puppy -- panting with his tongue out -- nodded his head up and down.