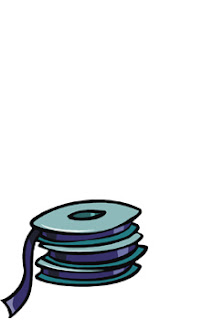 Every couple communicates differently. For example, I speak with my wife through movie analogies.

One day my wife had a bad day at work -- nothing had gone as planned. In an attempt to help her find the bright side, I brought up the movie “National Lampoon’s Christmas Vacation” and all the terrible things that happened to the main character, who just wanted to put together the perfect holiday gathering for his family. It was his journey, I told my wife, with all its mishaps that made the Christmas vacation so enjoyable.

“Okay, then let me spill some real life on you,” I said in response. “According to the documentary on ‘The Godfather’ DVD, Francis Ford Coppola was miserable when making the first movie of the saga. Everyone on the movie set thought he didn’t know what he was doing, and even he himself doubted his work. Everything was going wrong. But ‘The Godfather’ is one of the greatest movies of all time.

"Maybe you had some problems today," I said, "but maybe your day’s work through those problems will bring out your greatest achievements yet.”

My wife didn’t magically cheer up like I thought. Evidently I’d spilled that story on her before. I guess it lost its luster and usefulness this 100th time around.

I remember when my wife thought my movie analogies were clever and cute. That was a long time ago, when we were first dating. Today, however, I think she’s grown tired of my analogies and even annoyed with them, kinda like how Sally Field’s character in “Mrs. Doubtfire” grew tired of her husband, Robin Williams’ character, always being a clown.

Taking a cue from “Mrs. Doubtfire,” I attempted to knock off my movie analogy shtick. I don’t want my wife to throw me out of the house like Sally Field did to Robin Williams in “Mrs. Doubtfire.” Then I’d have to dress up like a female housekeeper, like Robin Williams did, so I could see my kid on a daily basis.

The other day while driving somewhere with my family, I came up with a great movie analogy regarding something my wife was talking about. I wanted to share the analogy with her, but I caught myself and aborted the mission because I’d already spilled a few analogies on her at the beginning of the day.

I became a wreck holding the analogy back. It was like keeping a lid on bottled soda under pressure: the contents were bound to come out. What came out of me instead was a bit of road rage aimed at another driver on the freeway. My wife, the world’s greatest backseat driver (but in the front seat), was quick to warn me about the impression I’d leave on our son.

“Besides,” my wife said, continuing her backseat driver criticism, “you know what happened to Dennis Weaver’s character in the movie ‘Duel’ when he decided to play games on the road with that truck driver.”

My road rage disappeared. Even the movie analogy I had bottled up inside seemed to lose its pressure. Instead, I was taken aback, impressed, thrilled with my wife who spilled such a wonderful movie analogy on me. After all, “Duel” is one of my favorite movies.

As Valentine’s Day approaches, it’s a time like this that reminds me how lucky I am to have such a wonderful wife. And since my wife was sensitive to my needs, maybe I should be more sensitive to her needs and cancel the Valentine’s Day romantic movie marathon I had lined up. That’s more of a treat for me than for her.

And so I wish you a Happy Valentine’s Day. Here’s to being sensitive to your significant others’ needs and not your own.