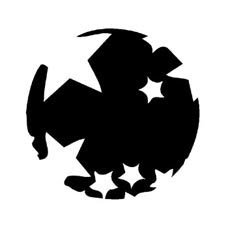 While our 4-year-old son is one little boy, and my wife and I are two grown adults, the kid is winning the energy battle here.
After a full day, he’s like the Energizer Bunny having downed a Red Bull energy drink, and we’re like the runner who just finished two back-to-back marathons in dire need of medical assistance.

That being said, my wife and I, who usually take part in most of our son’s activities together as a team, sometimes need a personal break from the daily grind. My wife recently took her personal break when she went to see a movie with one of her friends.

The other day, my son reminded me why I needed to take my break. I was driving him to school, and he was driving me nuts, determined to get me to put up the star lights that we used to project spinning stars on the walls during his last birthday party.

“Daddy, if I get a good report today, can we put up the star lights tonight?” my son asked.

“Maybe,” I replied. (My son has been very well behaved the last few weeks, but he assumes that if he’s a good boy, then my wife and I should automatically treat him to surprises. Well, my wife and I are of the opinion that he should be well behaved all the time, and not just as a means to get surprises. So that’s why my answer to him was, “Maybe.”)

My son wasn’t taking uncertainty for an answer. “But if I get a good report today, can you put up the star lights?” he asked again.

“I said, ‘Maybe.’” I replied. “‘Maybe’ means that my answer might be ‘Yes’ or it might be ‘No,’ regardless of how well you behave today.”

“But if I get a good report today, can you put up the star lights?” the boy asked again. (Note: the repeated quote from my son wasn’t a copy editing mistake, but rather my son’s salesman-like persistence.)

“I just said, ‘Maybe.’ ‘Maybe’ means that you’re not supposed to keep asking me about it, or my answer will be ‘No.’”
“Are you going to think about it?” my son asked, knowing that in this little routine of ours, which we’ve played out several times, I usually say that I’ll think about it.

My son became silent as we approached his school. And then he said, “Hey, Daddy, aren’t you proud of me for not asking you to put up the star lights?”

“Yes, but now I don’t want you to even talk about the star lights,” I said.
“Okay,” he said, and then he returned to silence. I parked the car, gathered my son and his lunch, and lead him to his classroom.

“I’m not talking about it, Daddy,” my son said, breaking the silence.

“You just talked about it right now,” I said.

As my son and I approached his classroom, I called my wife from my cell phone and told her that I needed my break from the daily grind as soon as possible because our son was driving me nuts. “Can I take my break tonight?” I asked, hoping that she could bring our son to his karate class by herself that evening. She told me that she was just going to call me and ask if I would take him because her boss asked her to stay late at work.

“Okay, if I go to karate, can I take my break after that?” I asked. My wife gave me a “Maybe” and said that if she did have to stay late, she might not get back home until very late.

“How am I supposed to make any plans for my break on a ‘Maybe?’ Can’t you just ask your boss when you’ll be finished?”

Just then, my son decided to chime in with, “Daddy, Mommy said ‘Maybe.’ ‘Maybe’ means that you’re not supposed to keep talking about it or Mommy’s answer will be ‘No.’”

Now what do you say to that?