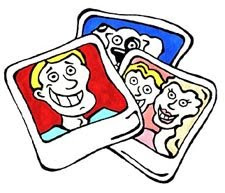 I was married in 2000, and my wife and I became parents in 2003. I feel it’s my duty to pass on my family man knowledge to new husbands and new fathers.

Words to new husbands:
-If you make a decision while alone in the forest, you’re still wrong.

-The minister at your wedding intentionally left out some very important words that will affect the rest of your marriage. These words are: “ . . . to have and to hold, and to relinquish all decision-making powers from this point on.”

-Those benches/chairs in Ann Taylor, the Gap, Nine West and all other clothing and shoe stores weren’t put there for decoration. They were installed especially for you so that you can get to know all the other guys wasting their day while their wives and yours try on countless tops, pants and shoes that they don’t even really consider buying.

-It doesn’t matter if you scored 100 percent on your driving test, if you made CHP driving school appear to be as easy as a carriage ride through Central Park, or if one of your hobbies is stunt driving, you still need Her driving advice and criticism.

-“Sex and the City” is not just a TV show; it’s the way you spend Sunday nights from now on.

-People and Star magazines are, in fact, quality news sources.

-Truly cherish all your great stuff from bachelorhood. It now belongs in the garage. And that breakdown chart of the 454 Chevy big block engine is not the Mona Lisa you once thought it to be.

-“Duvet” is another word for “fancy bed comforter.”

-Plants in the house add atmosphere.

-A duvet with a plant pattern is “really cool.” At least that’s what you tell Her. And those matching throw pillows “really tie the room together.”

-She can never have too many pairs of shoes or too many purses.

Words to new fathers:
-Your head is the equivalent of a punching bag.

-Repetition happens. When the little one says something funny and you laugh, beware: you’ll hear the same thing over and over again, and you’ll be expected to laugh just as hard each and every time.

-Repetition happens. If you’re trying to make the little one laugh, and you perform an entire Three Stooges routine complete with a triple back flip, a crash over the couch and a wipeout onto the floor as a means to get that laugh, you’ll be expected to do it over and over, again and again until you can’t breathe anymore and your body feels and sounds like a bag of broken glass.

-Repetition happens. You’ll be forced to watch the same movies over and over, again and again.

-Repetition happens. You’ll be forced to listen to the same song over and over, again and again.

-Crayon happens. Be prepared to find crayon-drawn pirate maps on your T-shirts, and secret messages scribbled on the bathroom walls. That’s not a mess, it’s “cute.”

-Noggin is your new destination channel for entertainment on TV.

Indeed, you new family men out there have much to change in your life. But men have killed themselves in search of gold. You’ve already found gold.