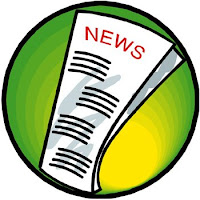 PARENTS SUSPECT TWO 4-YEAR-OLDS TO BE AN ITEM:
Earlier this month, teachers and students reported that my 4-year-old son and one of his female classmates were dating. “The two of them were caught together in the tunnel slide sharing a moment of passion,” said a teacher, who asked to remain anonymous. “It seems they were sharing a peanut butter and jelly sandwich, something they’re both passionate about.” Both my 4-year-old and the girl denied the alleged romance, stating that they were just good friends. The girl’s parents issued a strongly worded statement expressing the lack of seriousness between the couple. “The Picarella boy is very nice, and we’d love to have him over for a play date, but just because we use the word ‘date,’ doesn’t mean that the two kids are dating romantically,” the statement read in part. Since these suspicions have come up, my son and the girl have not been seen together again.

BELOVED FAX MACHINE DIES AT 5:
On the night of Fri., June 13, my fax machine of five years died in its sleep. I’d recently used it during the day to fax an important document to my insurance company. Afterward, I shut the machine down for the night, and the next day when I turned it on, it showed signs of illness, and then it passed away. Said the machine before its death, “Vvvvvv-tch-vvvvvvv-tch-vvv,” followed by what bystanders called a dreadful “blop.” Memorial services were held in my backyard at the Picarella Memorial Trash Can. After my wife’s lovely eulogy, my 4-year-old son fired a two-water gun salute. “We’ve all had a chance to remember the good times we had with that fax machine, but we’ve had to move on,” my wife said in a statement last week. “We bought a fax/scanner/printer/copier all-in-one machine, and life is good again.”

TELEMARKETER SCENE OFFERS IRONIC 'TWIST' ENDING:
During one of the worst telemarketing call streaks of our time, Americans are standing up for their rights, demanding that telemarketers respect dinnertime as a time to hold off on sales calls. “Before sitting down for that final meal of the day, I take the phone off the hook,” said my next-door neighbor who claims telemarketers are a pain. Last week, a telemarketer called me at dinnertime reporting that I won $25,000. Aware of the oncoming sales hook, I asked the telemarketer to hold while I ran downstairs so I could verbally notify my wife of the alleged reward. With great enthusiasm, I bolted down the hallway and staged a nasty spill, which I enhanced with pots and pans hitting the floor. I acted as if I was in extreme agony, yelling out, “I can see the bone,” to which the telemarketer asked in a panicked state if I was OK. After hanging up the phone, I broke into the obligatory laugh, and, in an ironic twist of fate, actually tripped over one of the pans I’d thrown to the ground, and, according to medical professionals, twisted and sprained my wrist, making the use of a fork and knife at dinnertime a worse pain than a telemarketer’s phone call.

DANCING WATER PRESENTATION A SHOWSTOPPER:
Dancing waters performed in what’s now being hailed a stylish work of magic and intrigue. Last weekend, a packed crowd, including my wife and 4-year-old son, stood around a man-made pond at a shopping center in Los Angeles and watched water squirt, spray and literally dance before us. “We basically have water jets, which are kinda like big squirt guns under the water, that shoot water out of the lake,” said a janitor at the mall. “We program those big, high-tech water guns to move to whatever music the mall manager chooses to play.” My son didn’t want to leave the lake, citing the water display as “really, really, really neat.” And so there we sat for three days watching water squirt all over the place to Neil Diamond hits.