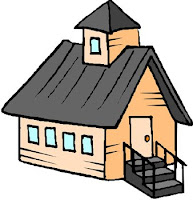 My 5-year-old son started kindergarten on Wednesday, and my wife and I were among the 2 million parents there to say goodbye forever to our precious little offspring.

Driving up to the campus on that first day was madness. It felt like the traffic you’d expect at a Rolling Stones concert.

We eventually found parking six blocks away. And since there was no shuttle back to the campus, we had to walk. We took advantage of my son’s lunch for nourishment during such grueling activity.

When we arrived, we found that the school was packed. Parents shot pictures of their kindergartners hundreds at a time, and they shot enough video to make “Schindler’s List” look like a short film.

The scene looked like a red carpet event with the media and paparazzi everywhere. When the kindergartners lined up to go to class, their parents flanked the line, yelling for their children the way super fans try to get the attention of Brad Pitt and Angelina Jolie.

Some parents were sobbing wrecks, like the ones in airports waving goodbye to their children going away for a summer week’s vacation at grandma’s house. Other parents acted as if they were sending their children to “the chair.”

My wife and I knew we’d see our son in a few hours. Kindergarten would be no different than pre-school or summer school. And why would it be different? Why should my wife and I be so traumatized? We were excited for our son.

I suppose we were somewhat concerned that our boy wouldn’t make friends on the first day, and that he’d hate school as a result. I think my worries stemmed from my own fears of school as a child. I was very shy, and didn’t make friends easily. I hated school, which is why I lied to my son and told him that school would be great fun.

But I didn’t need to convince my boy. He was very happy to be at school. And why not? He makes friends with everyone and anyone, even total strangers we pass on the street -- to the point where he wants to have play dates with them.

While my wife and I were worrying about our son’s social life, it eventually dawned on us that school is really about . . . education. I guess we had forgotten about that.

We recalled the recent awards ceremony at summer school where staff members awarded kids in each class for possessing winning traits like “Responsibility,” “Helpfulness” and “Resourcefulness.” My son was the only kid in the entire program awarded for being “Funny.” My wife and I felt our boy was being called the class clown, and probably rightfully so. We worried that he’d be too busy fooling around and making friends to learn.

But he always learned in the past, we thought. And we had the report cards to prove it. So why should kindergarten be any different? Why should we worry? We were excited.

After we said goodbye to our son, my wife and I hiked back to our car. Starbucks sounded good. We sat in two hours of traffic caused by school parents just to get to the nearest establishment -- only a block away. There, we bumped into other kindergarten parents. It seemed everyone needed a drink.

The chamomile tea didn’t run fast enough and neither did its calming effects. If parents were crying on campus, they were doing a good job holding back. At Starbucks, they let it all out.

My wife and I, on the other hand, weren’t sad at all. Why should we be sad? We were excited.

And then, for no particular reason, it hit us. Our son wasn’t a baby anymore. And we just put him on the fast track to puberty.

Needless to say, my wife and I stood out in front of our boy’s classroom with the rest of the sobbing parents, waiting the remainder of the day for class to let out.