Our Visitor and the $50 Soap 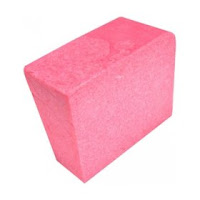 An old friend from bachelorhood called and said he’d be in town on business, asked if he could stay at my place so he wouldn’t have to pay for a hotel room. The guy was financially struggling. My wife and I said no.

He’d stayed at our house before. He knew we didn’t have a guest bedroom and that he’d have to sleep on the couch. But he could push our two couches together and make a bed, he suggested. Good idea, I said, and then warned him that my wife and I had no food in the house -- we’d go shopping for groceries the next day.

“How about I take you guys to dinner?” my friend offered. “It’s the least I could do.”

When the bill for the meal came, my wife and I tried to pay, especially since we were already planning to go out to eat -- and also because I ordered an extra dessert for myself -- but my friend handed the waiter his credit card before we could drop ours.

I don’t remember agreeing with my friend to go to the movies that night.

“I really can’t afford to pay for a movie,” I said when he brought up the idea. “Times are tough.”

I didn’t want him to pay, and I didn’t really want to go to the movies, either, so I remained firm, and suggested we do something else.

When the movie got out, my friend asked if I wanted to sneak into a second movie down the hall. I told my friend yeah.
“Yeah,” I said, “I just can’t sneak into a movie without paying. That’s stealing. I’m kinda tired anyway. I say we call it a night.”

After the second movie, which my friend paid for -- against my wishes a second time -- he asked if I was hungry. I said I wasn’t.

When the bill came for our second dinner of the evening, I tried to pay, but you guessed it, my friend wouldn’t allow it. He wanted to pay, he said, for letting him stay at my house for “so long.”

“How long are you staying?” I asked.

That night, my wife and I had a serious talk behind closed doors about our houseguest. We agreed that we were delighted to help a friend during tough financial times. But we didn’t want our living room, the room we occupied most of the day, to be his bedroom for three entire days, let alone three weeks. We had to do something.

Turns out we didn’t have to do anything. The next day my friend was gone. He left a note that read, “Thanks for letting me stay at your place. I found your checkbook on the desk, and wrote a check to myself since I paid for those dinners and movies. I wrote the amount in your ledger.”

We checked the ledger and saw he wrote himself an $800 check. When we called the bank, they said they’d already cashed it. Worse, my friend changed his phone number and had no address.

And that’s why my wife and I cancelled our eighth anniversary weekend reservations at the Four Seasons Resort in Santa Barbara -- the same place we honeymooned -- and instead bought the comparably cheaper $50 bar of soap that the Four Seasons stocks in its rooms. Smelling the soap each day is just as good as, if not better than, staying at the hotel.