Boy Talks All the Time 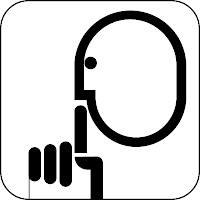 PICARELLA HOUSEHOLD -- My son started talking when he was about 2 years old, and now, at age 6, he continues to talk and talk and talk -- even in his sleep -- because, he said, God made him that way.

Sources suggest the trait comes from the parents.

“He gets it from me,” my wife said in a statement yesterday. “I talked a lot as a kid.”

According to my mom, however, any kind of parent can have any kind of kid. She knows, she said, because I was a quiet kid and my younger brother never shut up.

“I’m not worried about where he gets it so much as I’m worried it’s gonna hurt him in the future,” I told bystanders moments after a lengthy game of Shhhhh with my son on his first day of school last week. “Is my son gonna be the kid that other kids constantly pick on? Will he be unable to focus on his studies when he gets to college? Will he have a hard time getting a job later on in life because the interviewer never gets a chance to ask the first question because my son is too busy talking about how he’s doing, what he did earlier that day, how long it took him to get to the interview, what happened in the parking lot, the details of the elevator ride up to the interview and what it was like waiting in the reception area for the interview?”

Past classmates reported that my son’s talking never bothered them before. According to many of them, my kid is actually entertaining.

“He talks a lot, but at least he doesn’t have bad breath,” said former kindergartener Joey, who spent considerable time with my boy on the school playground last year. “He used to talk a lot about eating vegetables so he could grow faster and be able to ride ‘The Mummy’ at Universal Studios. He also talked a lot about polishing his toy car and making it really shiny like a mirror. And then he talked a lot about planet Mars and how you have to wear a helmet there -- but not a bike helmet.”

That was kindergarten, though. My boy’s now a first-grader, and according to reports, kids must learn not to speak for the sole sake of making noise by the first grade or they run the risk of falling behind in school.

My wife’s friend said her younger brother read about an incident online where a woman brought her daughter to the doctor for a chronic cough and found out, through a random conversation, that talkative children -- not hers -- struggle in school because they’re talking and not listening, and thus not learning.

“When hearing this,” said my wife’s friend, who wishes to remain anonymous, “my brother told his little boy that talking -- at home and in the classroom -- would be off limits during the really important school years.”

After careful deliberation, my wife and I decided to seek out other advice.

“Should we discourage his need to talk all the time?” my wife asked area parents on the first day of school last week. “Should we just politely ask others to ignore his noise? Or should we talk our kid’s ear off and see how he likes it?”

Nobody had an answer. But my wife and I noticed our boy’s silence as we discussed the matter.

“We actually caught him not talking for a change,” my wife said. “We think it was because he was nervous on the first day of school, and that he was just afraid to talk. So my husband and I took him aside and asked him how he felt about being quiet. He said he liked it. We asked him to keep it up.”

Sources announced yesterday that, for the past two weeks, in the face of multiple opportunities for our kid to talk, he’s remained practically speechless.

It’s now believed that the kid is stonewalling everyone, his parents included.

According to reports, however, kids must learn to speak up by the first grade or they run the risk of falling behind in school.

Email ThisBlogThis!Share to TwitterShare to FacebookShare to Pinterest
Labels: Family, First Day of School, Funny, Humor, Kids, Shut Up, Talk Too Much