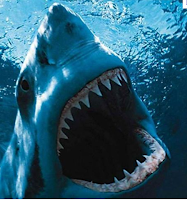 I dropped my 6-year-old son off at school. Every other kid on the playground was dressed in Disney attire.

We saw two adorable little Disney princesses walk by us. Over on the jungle gym, several kids were wearing Mickey Mouse ears. Another kid had one of those silly Goofy hats on his head. There were even kids dressed like the old Mickey Mouse Club Mousketeers -- how nostalgic. How cute. My son was wearing a bloodied “Jaws” shirt.

“Oh no, Daddy, we forgot today’s Disney Day,” my son said, disappointed that he wouldn’t be able to participate.

“Sorry,” I said, “I didn’t get the note.” Though it’s very possible I missed the note since we get paper from the kid’s school in Costco-like quantities.

“Now I’m the only one without something Disney,” my son said. And he wasn’t exaggerating -- he was the only one. I felt bad. I didn’t want him to lose out because his Mommy and I didn’t know it was another theme day at school.

“You didn’t remember it was Disney Day?” my wife asked me when I called to tell her.

I asked my son if he wanted to run home to change.

I took him home and he got into his “Wall-E” shirt.

These theme days range from Disney Day to 50s Day, Spirit Day to Crazy Tie Day. Coming soon to the day care center near me is Twins Day. My first thought: Why not Dodgers Day? We don’t live in Minnesota.

“No, not Minnesota Twins Day,” my wife said. Twins Day. Read the whole note.” The note said that we had to coordinate our kid’s wardrobe with another kid’s wardrobe -- as if they were twins.

“We have to find a kid in his class who just so happens to have the same clothes as his so the two of them could be twins?” I asked my wife. “How long is that gonna take?”

“What? How much disposable money do they think we have?”

“They’re just trying to get the kids to have spirit,” my wife said. “It’s for fun, so the kids can feel like they belong.”

“Shouldn’t they know they belong when their names are called during roll call?”

“You told me you were excited about Twins Day,” my wife said.

“No I didn’t. I didn’t even know about Twins Day.”

My wife continued to tell me why theme days were great. It all sounded really good, made sense.

I wasn’t having it.

“It’s OK, Mommy,” our son said. “I’m not sad. It’s not the most important thing in the world.” And he was serious. He really didn’t care to participate in theme days anymore.

“Are you sure?” my wife asked him. “Don’t just say that because Daddy says it.”

“I’m not just saying it,” he said. “Just because everyone else is doing it, doesn’t mean I wanna do it. But can I please get Valentine’s cards? All my friends are getting them.”

I forgot about regular holidays.

“Of course he can,” I said. “Valentine’s Day is a regular holiday. It’s on the calendar. I know when it’s coming. It’s not something that just sneaks up on us.”

Now my wife puts all of our son’s theme days on my calendar so I know when they’re coming. They won’t just sneak up on me.