I Want a Reason 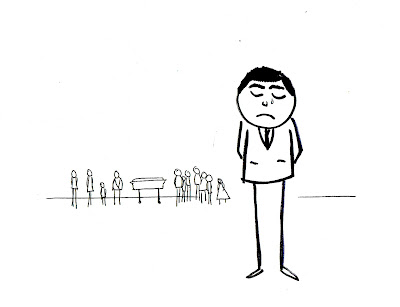 It was just a routine check-up.

I’d had a pacemaker in my chest for a little more than a year due to a slow heart rate and frequent blackouts. While the technician assessed me and my pacemaker, I noticed her eyes growing diameters bigger. Then she informed me that there was a problem with my heart.

She asked me to lay down, told me to calm down, relax . . . then she shot out of the room to get a doctor.

I checked my watch. I was late for a previous engagement. When the technician finally returned without the doctor, I was up and asking if this was really necessary -- I had a seat at Al Pacino’s AFI Life Achievement Award ceremony in Hollywood.

“We might have to check you into the ER,” the technician told me.

“You don’t understand,” I told her. “I have to go to this Pacino thing. My mother-in-law got these tickets, and she’s waiting for me.”

My always-punctual, very disciplined mother-in-law had received two tickets to this event from a business friend, and she invited me to go with her because she knew I was a huge movie lover.

Lucky for my insurance company, my heart didn’t cut out that day, and my mother-in-law and I made it to the event on time.

My mother-in-law’s recent passing was unexpected. I’d like to believe there’s a good reason for it.

Maybe she accomplished what she needed to accomplish in life, and so she was finished here. She started out in a tiny house in East L.A. next to gypsies. From there she built a very successful banking career and helped raise a very happy family, happy even with her strict business-like regimen, which included grocery store lists organized by the aisle and frequent calls from the second-story landing for her husband. “RRRRROSSSSSS!” she’d lovingly yell on a regular basis, needing his immediate assistance.

My mother-in-law was a daughter, a sister, a wife, a mother, a grandmother, a banker, an expert witness, a teacher, a consultant . . . a fellow “Godfather” movie lover. She most recently worked as chief of staff to the western director of the FDIC and, even when she was diagnosed with lung cancer earlier this year, was preparing for her job to end, firing up her resume to do more. She wouldn’t just give up. She couldn’t. She knew tomorrow the sun would rise and so would her family, the family she so loved. So she had to keep going. She had more to do.

But maybe she passed because she was needed in Heaven to watch over her family from a higher place. She did like being high up in the ranks, and the higher-ups always liked her.

So she gets to the pearly gates and St. Peter checks out her resume, gives her a heck of an interview. His job relies on whom he lets in, so he’s nervous. What if, he wonders, God likes the throw pillows where they are? And can you see God, looking over the world, and then, from some second-story cloud he hears, “GAWWWWWWD!” That’d be St. Peter’s job. So St. Peter asks for my mother-in-law’s intentions.

“If I get in,” she responds, “I’ll make sure my family is safe.” And she’s up there right now, looking over us, making sure we stay safe.

That sounds like a nice scenario. I’d like to believe that that’s the reason for my mother-in-law’s untimely death, that she left to be even closer to us all. I think the whole family would like to believe that that’s the reason. But I just don’t think she would have it that way. I think she could keep all of us safe and in line just fine from down here.

No, I think the truth lies in a passage I came across in The Bible. I haven’t read much of The Bible, but I picked it up and found the book of Ecclesiastes where it says, “There is a righteous man who perishes in his righteousness, and there is a wicked man who prolongs his life in his evildoing.” In other words, any of us can go at any time, and there’s no reason for why and when, whether we’re good or bad.

The book offers this: “There is nothing better for people than to be happy and to do good while they live, that each of them may eat and drink, and find satisfaction in all their toil.”

My father-in-law will tell you -- his wife always got what she wanted. She wouldn’t just give up. She couldn’t. Yup, when she left, she left on her own terms, satisfied, knowing that tomorrow the sun will rise.

And so will we.