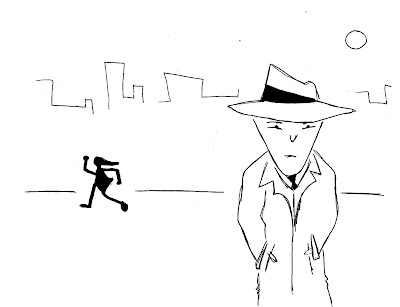 Do wives just tell us what we want to hear?

When my wife and I took our son to see Pixar’s “Up” in the theater back in 2009, the three of us walked out saying we loved the movie. We bought the Blu-ray.

Recently, our son (now 8) announced that he wanted to watch “Up” again. My wife said she didn’t really like the film.

“I only said it was only okay,” she replied.

Not so surprising. She does this with restaurants, too. We’ll go to a place, I’ll say I love it, she’ll say she loves it, and then when she asks where I want to eat the next time we go out, I’ll suggest the place we both said we loved, and she’ll say, “No, that place was only okay.”

There was a similar ridiculousness with Disneyland. When our dating was becoming more than serious, I took her to the happiest place on Earth to see how she liked it, which would tell me if I should go on liking her, maybe even marry her. I only gave her the darn ring because she said she loved the place. Now she says Disneyland is “only okay.” That was pushing it too far.

I called her out. She said there was no opinion changing or lies, just my bad memory.

“You can’t even remember that my favorite ice cream is peanut butter chocolate,” she said.

I could take it no longer. I had to catch her in a change of opinion or a lie and document it. Better yet, I had to record it.

But how immature was that? Was I going to carry a notebook like a detective? Or plant a recorder on my body like some mob informant?

That’s exactly what I was going to do! I gave myself a week to get proof of my wife’s dishonesty.

Monday -- I look for my little tape recorder. Time’s flying. The day’s already over. Why the heck is my recorder with my wife’s stuff?

Tuesday -- I prod my wife for strong opinions about anything. She gives me nothing but “only okays.” I take her to a movie after work, then to a restaurant. More “only okays.” I’m afraid to ask what she thinks of me.

Wednesday -- My wife tells me I’m being more thoughtful than ever, always asking for her opinion. She says she loves my attention to her. I get it on tape.

Wednesday night -- My wife finds out what I’m up to. She’s mad. Something tells me that opinion won’t change.

Thursday -- I’m thinking maybe this investigation is stupid. Who really cares anyway, right? Now my wife doesn’t trust me. It was only a tiny investigation against her.

Friday -- I’m giving up. I put away my pad. Put away my recorder. The wife seems to be in a good mood. I’m guessing that’ll change one day.

Saturday -- I know I said I was going to stop with all this sleuthing, but I introduce my wife to a podcast called “The Moth,” and she says she loves it.

Luckily my tape recorder is not back with my wife’s stuff. It’s in my nightstand. I get all the goods -- my wife on tape admitting her love for the podcast. She even tells me I can bust her if she ever says she doesn’t love the podcast.

Watch, this’ll be the one opinion she doesn’t change.

Sunday -- The final day of my experiment to prove that my wife is not to be trusted. I have to get something now or never. But I can’t make her mad again because life could become miserable for me.

I go for it. I ask if she wants to listen to another podcast of “The Moth.” She tells me no, that the podcast is only okay.

And while my wife swears she didn’t break my tape recorder on purpose, I know for certain that the wives of this world will never admit when we husbands are right.