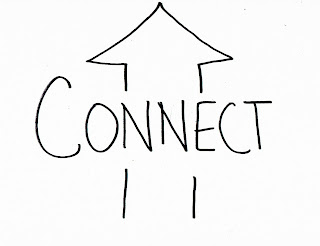 When social networking sites like Facebook and MySpace and YouTube and Twitter and LinkedIn and . . . and all those other 3,000 sites came out, I was quick to jump in and say, “Wow, this is a really amazing way to throw away your existence just to link up with people. I’ll stick with e-mail, the phone, or, here’s an idea: I’ll socialize in person.”

But everyone was doing this social networking thing. What I wanted to know was: Were these social networks really bringing people together, turning the “me” generation into a “we” generation, or were these sites just gluing more people to their computers, isolating us further?

At the time these social networks were becoming popular, I was working in marketing. More specifically, I was writing and directing viral ad campaigns. I was helping to spread my clients’ messages “virally.” In other words, I was selling products through social media. So, according to the company that employed me, I had to link in to these social networks.

I wondered how long it’d last. A week? A month? The end of the day? I instantly hated it. Each site required a user name and password. In this age, I didn’t need more of those. Each site also required a lengthy profile I had to fill out, with my name, my picture, my likes and dislikes. I disliked social websites.

Then I had to send friend requests to the same people over and over again from each account. Many friends “un-friended” me after the first handful of friend requests from the various social networks.

Most of the sites were for socializing. Some, however, were for creating professional connections. Some were for watching and posting videos. Some were for filling your inboxes with spam. Once I was on Facebook, requests for me to play Mafia Wars and Farmville came flooding in. People “poked” me, sent me icons of drinks and cakes. I never understood that whole gifting thing -- they were icons, not real gifts. But it didn’t stop me from returning the love.

And then, a few months in, the unbelievable happened. I saw the value of these sites. As more and more people joined the social networks, I began to connect with childhood friends, extended family, schoolmates from my past and former co-workers who’d all lost touch with me.

As a kid, I moved from place to place, attending numerous schools. I reconnected with acquaintances from all those places. I worked in the film industry on films and TV projects, creating families on each job. I reconnected with many of those families.

Hey, it was great. Until I realized I was throwing away my existence just to link up with people. I wasn’t even talking to these people. We’d do a little song and dance of “Hey, what’s up?” and “We should meet up sometime,” but it never amounted to any meet-ups.

Sure, I could look at their profiles and see what they were up to. But I’d eat up hours of my days just profile fishing. And when these social networks became available as smart phone applications, the sickness got worse. I was cemented to my networks, reading about what people were eating at every given moment, learning why a person in the cubicle next to my friend was annoying.

It was awful. I was social-networking my life away and I felt terrible about it.

I stopped cold turkey. Not the social networking. I stopped feeling terrible about social-networking my life away. How could I stop social networking? There was a chance, after all, that I’d meet up with a long lost friend or extended family member.

One day, I was visiting my wife’s Facebook page and I saw a picture she took of our son at the beach. I wasn’t at the beach with them for the picture. I asked my wife in a Facebook message when they’d gone to the beach, even though my wife was in the next room.

I could see how bad the sickness was getting. At the time, I no longer worked in marketing and was no longer required to have social networks. So I closed my accounts.

Okay, I kept a few accounts open in the event someone from my past wanted to meet up. And I started calling people in person, actually talking to them. I even met up with a few people, too. What’s more important was I spent quality time with my family again.

Life is much better when you communicate in person, not via the Internet. I’ve come to the conclusion that I want to do more in-person networking.