Competition is a Lose-Lose 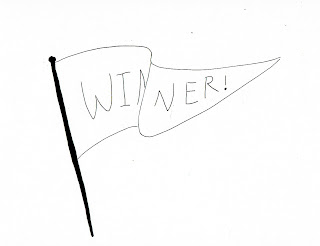 Everything with my son is a competition.

That, I suppose, is America. Americans love winners. Our heroes show us that winning is the big picture.

Look at the shirts out there: “Love to win.” “Won and done.” “Play. Win. Lunch.” And my favorite: “Every time you make a typo, the errorists win.”

But if there’s a winner, there has to be a loser. And nobody wants to be that loser.

Competition, without a doubt, causes loss and pain, stress to not make losing happen again. Even winners don’t really win in the end. As a result, life might bear little enjoyment.

So when my 9-year-old son asked which of his two drawings I liked best, I decided not to choose. I decided to shut down the competition. This time I wouldn’t give in. This time I’d win.

“If you had to choose one, though, which one would you pick as the winner?” my son insisted.

“I still wouldn’t be able to choose,” I said, “because I like both drawings exactly equally.”

“Why not do an eenie-meenie-miney-moe to choose which one wins?”

“Because I don’t want one to win. I want them both to just be.”

“Well,” he kept trying, “which one did you notice first?”

“I noticed them both at exactly the same time.”

“But which one was executed best?”

Critics assert that competition has negative influences on student achievement.

Alfie Kohn, an American author and lecturer on matters related to education, parenting and human behavior, says that competition turns all of us into losers. British labor economist Richard Layard adds that competition forces people to feel that their main objective in life is to do better than other people.

But I felt great about doing better than my son in our little debate. Experts say that America’s national education system tries to make each generation go beyond the last. Well, the experts are wrong in this case. Daddy was clearly king on this day.

Then my son turned away, defeated. I wasn’t a winner after all. To really win, I’d have to choose.

“You wanted me to choose,” I said. “I chose. What’s the difference which one I choose?”

“Because the one you chose isn’t mine. It’s my friend’s from school.”

I couldn’t backtrack and say I made a mistake. My son was too smart for that.

“Your friend drew this one?” I asked, grabbing the drawing I clearly didn’t choose as my favorite.

“No, this is my drawing,” he said, showing me the one in his hand. “But you chose that one.”

“Look,” I said. “Did you have fun making your picture?”

“Well that’s what matters. Look at your friend’s drawing. The lines are too perfect. That means he wasn’t having fun because he was working too hard. He probably takes one of those strict art classes that makes drawing more of a chore. Your picture looks like you had fun. Look at those messy, joyful lines.”

Pheee-ew. That was a good save.

“So,” my son said when it was all over, “if you had to choose the artist who had the most fun -- me or my friend -- who would you pick as the winner?