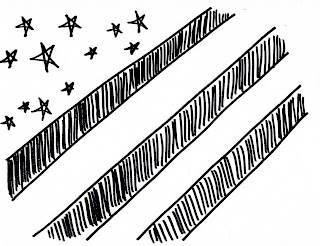 My son is no dummy.

So I have no problem attempting to explain complex things to him, like the large-scale electronic structure theory and the manner in which it can provide potential energy surfaces and force fields for simulating intricate chemical processes important to technology and biological chemistry.

“Don’t you think that’s a little too advanced and time-consuming for a 1-year-old?” my wife asked when I set out to convey such a complicated dissertation to our baby.

“Maybe,” I said. “But I’m not telling him he’s too young to understand. That’s belittling.”

As Memorial Day drew near, my now 9-year-old son has been talking about what the last Monday in May means. In particular, he spoke of proper American flag etiquette. He thought flying our flag upside down was only a sign of disrespect. He also thought that burning our flag only meant hatred for our country.

My son’s well-being is my sworn duty, and I shall not rest, I promised at his birth, if he is ill-informed. My mission: To answer his 3 million flag questions, even though I might not have the answers.

“No, no, no,” my wife said to me. She knew we all were in for pain if I submitted to this dialogue. Or she just had a honey-do list she wanted me to work on instead.

Who was I kidding? The two-day American flag discourse was much easier.

“The name of our flag, coined in 1831 by Capt. William Driver, a shipmaster from Salem, MA.”

And just like that, we were on our way.

Then, to set the kid straight on a few things he learned in school, I told him the flag could, in fact, be burned, but only during proper flag-burning procedures as a means to retire a weather-beaten or otherwise tattered Stars and Stripes. The flag could also be flown upside, but only as a distress signal.

My son was no dummy. He had no problems understanding what I was saying.

The more difficult questions were yet to come. But I rose to the occasion. With great oratory skill, I made my son understand the importance of the American flag.

“I don’t get the importance of the American flag,” he said.

I thought about what Mark Twain once said: “It’s not the size of the dog in the fight, it’s the size of the fight in the dog.” Then there was George S. Patton: “Better to fight for something than to live for nothing.” And finally there was Adm. Isoroku Yamamoto of the Japanese Navy, who said during his Pearl Harbor attack, “I fear all we have done is to awaken a sleeping giant and fill him with a terrible resolve.”

That’s right, I thought. I’m a citizen of that sleeping giant. I have something to fight for. There’s a heck of a fight in this dog. My wife and her list will have to wait. I have a son to explain something to.

I walked the kid down the street to talk to Mr. Anderson, who’d served in WWII. He’d explain.

Mr. Anderson’s explanations were way over my son’s head.

“Mr. Anderson,” my son finally said, “I assure you that when me and my daddy display our American flag, we will do so ceremoniously in honor of those who died for this great nation and our American way of life. And we’ll lower the flag at sundown, for we do not have satisfactory illumination.”

Back home, as I did the chores from my wife’s honey-do list, my son asked what we were doing on Memorial Day, besides raising the flag. After Mr. Anderson’s patriotic sermon on the flag and Memorial Day, I couldn’t possibly suggest cheapening that message with swimming, barbecuing and the Indy 500.

“How about,” the boy suggested, “we go swimming, have a barbecue and watch the Indy 500 like we did last year . . . in honor of those who died for this great nation and our fun, American way of life.”

Yup, my son is no dummy.