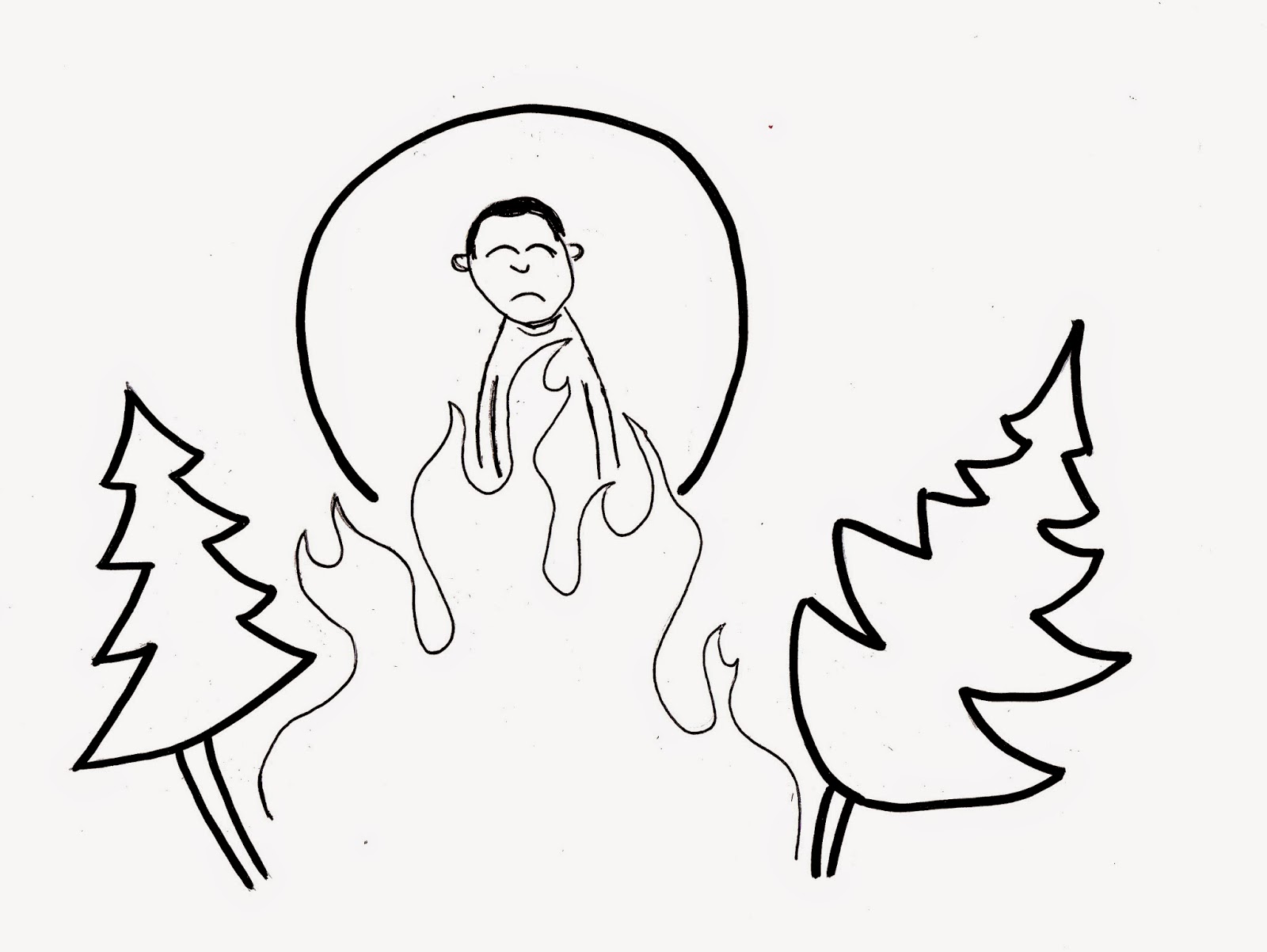 Bad things happen. And outsiders say, “It could be worse.”


Those are terrible words of encouragement. Nobody ever gets up off the floor after being told what he or she just went through isn’t the worst it could be.

I always think the worst. When I board a plane, I scrutinize the passengers, hoping we’re worthy of surviving the flight. Babies and do-gooders won’t be on a plane destined to crash. Angry, destructive people, however, worry me.

I’m at my best when I fly. I’ll give up my choice aisle seat and perform other acts of kindness if it means I can live. The lack thereof could mean we crash.

And while crashing is bad, it could be worse, right? We could crash and I could survive. I could pass for dead and be buried alive.

I hear burning is miserable. This came to mind when a fire recently broke out in the state of Colorado (my aunt and uncle live there), and I thought the worst: What if they can’t escape?

Luckily, they had time to evacuate. Except my uncle wanted to fight the blaze with a pressure washer. His home isn’t just a structure with things inside. It’s his and my aunt’s life—33 years of memories, mementos from trips representing life-changing experiences, generations of heirlooms.

And while firefighters couldn’t control the flames with trucks and planes, he felt the pressure washer could do the job.

Eventually, my uncle dropped the wand in mid-spray, and he and my aunt fled.

“Possessions don’t define you,” people told them. “It could be worse—you could be stuck there.”

My aunt called me for comfort, as she wasn’t getting it elsewhere. I took pleasure in knowing I could help. I wouldn’t tell her it could be worse. I’d be her rock, her guiding light, her Grand Comforter.

She asked for my wife.

Not only did my wife help my aunt feel better, she helped me feel better as I listened in on the other line. I spent a lot of time in my aunt and uncle’s house, the woods on their property my childhood playground in the summer and a snowy wonderland in the winter.

“Pray for us,” my aunt cried into the phone. “Our neighbor’s house just burned to the ground.”

The very next morning, my aunt called us again. She was hysterical. The only barrier between my aunt and uncle’s home and their neighbor’s place was about 30 trees and a dirt road. But we still had hope. The dividing foliage might go up, but maybe the fire would tiptoe around the house. After all, my uncle had sprayed the structure down with the pressure washer a day earlier.

With the right amount of hope, we could save . . .

The sheriff’s report concluded that my aunt and uncle’s residence was a total loss. A day later the fire passed, and my aunt and uncle were able to go onto their property to assess the damage and retrieve any items, if any. My aunt sounded good. I spoke a few powerful lines that, undoubtedly, put her at total ease.

“If you need anything,” I reminded her, “please call.”

She said she’d call my wife.

At least I think that’s what she cried when she called back. Everything, she said, was gone, remnants of nothing but the truck they left in the driveway, now just a twisted piece of metal. The house and everything in it was gone. The surrounding forest was gone. Just soot and black sticks.

My time had come to really say something meaningful, helpful. But I had nothing to say. Nothing. And for what felt like 10 minutes, I listened to my aunt cry.

All I could think was, It could’ve been worse—they could’ve gone down with their house.

Members of the family asked what they could do to help. But there was nothing to be done.

In the days to follow, my aunt and uncle did all they could do—they tried to move on. They’d rebuild in the future, they said, but far away from the forest they’d called home for 33 years.

“It can only get better,” I told my aunt.

Terrible words of encouragement. For once I can say it could not get any worse than that. So I did what was best for my aunt—I put my wife on the phone.