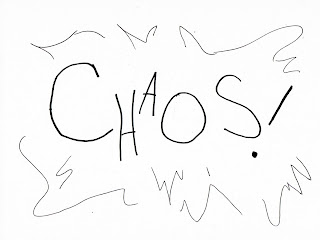 Our house is loud. Conversations bounce all over the place, usually a few at a time. There’s little focus. So I completely understand when outsiders feel the need to escape.

Which is why I wanted to send my wife for a Mother’s Day massage. She’d appreciate the break.

“It’s not rude if you’re talking about yourself,” I told him.

“I think we should give Mom a party for Mother’s Day,” the kid suggested.

“That’s the exact opposite of my point. The point is a break from the chaos.”

“Parties are fun,” my son insisted. “Let’s make it a surprise.”

“Parties are chaos,” I said. “Especially when it’s a surprise.”

After a debate about whether our Mother’s Day plans should be news to Mom or not . . .

“Can you guys quiet down about your plans?” Mom said from the other room. “I’m trying to nap.”

That settled the element of secrecy in the matter.

“Wouldn’t you want a party for Mother’s Day?” the kid shouted out to Mom.

“Don’t you think a massage is more needed?” I yelled just as loud.

“See,” I pointed out. “She wants relaxation.”

“They both sound great, Mike,” she said from the other room.

“See, she likes the party more,” said the kid.

“Because she has to agree with you. You’re married.”

After a debate about whether our Mother’s Day plans should be a massage or a party . . .

“Can you guys decide to do both and save the argument?” Mom said. “I’m trying to nap.”

It was settled -- we’d have a Mother’s Day party, and then send her for a massage. Perfect!

“Should it be a massage?” I asked. “Or maybe a pedicure or a manicure? Or both? Or all three?”

“Who should we invite?” the boy asked. “And should we bring in all the grandpas and grandmas?”

“I have an idea,” the wife yelled back at us.

“Yeah,” the kid said, “all the grandparents?”

“Not all the grandparents,” I said. “All the massage, pedicure and manicure is what I meant.”

“Not all the grandparents? Dad, you can’t invite one grandpa and grandma and not the other.”

“Those weren’t any of the ideas I was thinking about,” Mom interrupted. “My idea was for you guys to go somewhere else and discuss this so I can nap.”

My son and I went to the back room of the house to talk. But as anyone who’s been to our house can attest, there’s no place inside that’ll afford you the break you need from the chaos.

After our separate debates, which took place simultaneously . . .

“Can you guys decide to do everything and invite anyone?” Mom said. “I’m still trying to nap.”

It was settled -- we’d send Mom to a massage, pedicure and manicure, and we’d have a big party.

“Where’s that place I sent you for your birthday?” I shouted out to my wife.

“Mom, should we invite people by mail or by phone?” our boy asked just as loud.

“Well you asked her something,” he replied.

“You can’t answer my thing,” I told him.

“And you can’t answer mine.”

“Where are you going?” I asked as I ran to the entryway and caught her on her way out the door.

See what I mean? Our house is loud. Conversations bounce all over the place, usually a few at a time. There’s little focus. I understood why my wife felt the need to escape. I was even exhausted.